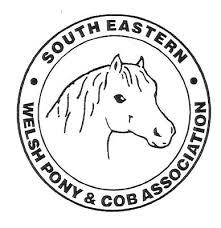 The South Eastern Welsh Pony and Cob Association was one of the first Welsh Pony and Cob Society associations to be formed back in 1970. The inaugural meeting took place on the 27th April 1970 at the Pavilion at the South of England Showground, Ardingly, Sussex. Some sixty members were present at that meeting and the following officers were then chosen:

The committee: There were to be two members each representing Kent and Surrey and three for Sussex, and at that time the Isle of Wight was also part of SEWPCA, which also had one member on committee. The full committee list was made up as follows: Mrs Littledale, Mrs Leppard, Miss Muir, Mrs Holmden, Mrs Horner, Mrs Hicks, Miss Startup and Mr Buckett. The Isle of Wight have since formed their own association.

The aim of the association was the same as it is today, namely to further, promote, educate and encourage everything to do with our Welsh Ponies and Cobs.

In 1985 we ran our first Summer show, which has grown considerably over the years and is now a Welsh Pony and Cob Medal show with the reputation for being one of the best run shows in the South of England. In 1990 we added a Spring show and a Foal show to the yearly calendar.

One of the competitions started in the early days was the biennial stud judging competition, which is still held today, whereby a judge travels around to members studs assessing groups of three ponies in various classes, such as ‘mare with two offspring’ or ‘three direct generations’. In 2006 this competition was revamped to make it more open for the majority of the SEWPCA membership.

A yearly journal was introduced in 1990, edited by Mrs Davinia Bethell of the Cross Foxes Stud and Mrs Gillian Sells of the Priestwood Stud, who both lived in the association area at that time. This eagerly awaited yearly publication is still much sought after all over the world and now carries the Joan Wanklyn painting cover, which too is greatly admired. The actual painting is held by our current president each year. SEWPCA are very lucky to be given this painting, originally owned by Mrs Caroline Bachman of the Carolinas Stud.

The South Eastern Association also held its own Welsh Pony sales in the past, the last of these being held at the great Hever Castle, by kind permission of former SEWPCA member Lady Irene Astor of the Hever stud, who is sadly no longer with us. Her stud groom Heather Leppard (now Mrs Heather Silk) was a founder committee member, still lives in our area and has a lot to do with the running of the Edenbridge and Oxted show.

SEWPCA also instigated an Anne Muir Memorial Fund in memory of one of our founder members and Welsh Pony and Cob breeder from the Stoatley Stud. Anne was a great ambassador for the Welsh Ponies and Cobs in the Southern area and held many shows at her home, Muirfield, purely for the Welsh breeds. She started the WPCS performance show here in the South East of England and it only moved into Wales after her death. Anne was a consummate horsewoman in many areas and an avid competitor in driving scurries with her Section “A’s, and many of you will remember her on the opening credits of the Horse of the Year show when this wonderful horse show was shown on the BBC. She was also a high listed BHS dressage judge, officiating at some top class events, and of course a greatly respected show and driving judge. Anne was also Welsh Pony and Cob Society President for year 1975-1976 and a WPCS council member for many years. She died in 1989 and was a great loss to the Publicity committee of both the society and the association.

The South Eastern website was started in 2000 by our then president Mr David Spackman as part of his presidential contribution towards SEWPCA. He purchased the name and still administers the website today, alongside his firm printing our yearly journal. He and his wife, Vivienne, have been long standing members of SEWPCA with Vivienne running the performance points competition for many years, and she too has been president of SEWPCA in her own right.

The annual in hand and performance competitions, which were started many years ago, have an amazing amount of wonderful trophies for a great many different disciplines alongside the fact that many well known people awarded them to SEWPCA in the first place for these competitions. The prize-giving afternoon takes over two hours in awarding these each year. In the latter years of SEWPCA we now hold this afternoon after the AGM of the association at the end of October each year on a Sunday afternoon, which has proved very well supported by all members of SEWPCA and family members.

With motorways from the South East opening up, our members now find it very easy to travel through to Wales for the Royal Welsh Show and the WPCS sales. In fact you will find South East owned and/or bred ponies and cobs holding their own anywhere in the world today.

Over the years committees have changed, but each one tries their best to run according to the constitution set out in 1970 and to uphold the aims of the association. Although some slight changes have been made over the years the Constitution still remains basically the same

Updated by the current Chairman of Committee, Mrs. A. J. Kember, 2012